GiGa infosystems and its team is happy to announce the release of GST 3.2.

This post gives you an overview of the new features and improvements of GST 3.2. Go ahead and try it yourself in our interactive Demo.

The new major features of GST 3.2 are:

Handle Big Data enabled by Level of Detail for TINs

By implementing Level of Detail for TINs in GST Web and GST Storage, we enable you to display almost arbitrarily large triangular irregular networks (e.g. countrywide horizons). With Level of Detail, lower fidelity and thus quickly to load versions of a feature are used to more quickly present you with results in the web interface, drastically reducing the time it takes until the model can be manipulated or interacted with. Meanwhile, the high fidelity model will be loaded in the background and presented as soon as it is ready.

Level of Detail even helps with overall scene performance by presenting features further away from the camera in lower fidelity. This is possible because, from a distance, every single triangle cannot be distinguished from one another, allowing for a reduction of geometric complexity. This in turn saves computing power for features of interest, which are usually relatively close to the camera. As soon as you switch your attention to a different location, higher fidelity versions of features will be loaded on demand, making sure the model is visualized with the optimal amount of detail at all times. Check it out:

Transparency for No-Data values on Grids

We added support for transparent no-data values on grids.

This has the benefit that sparsely populated grids can be better visualized together with other data.

Display more than one slice along X, Y or Z

Displaying more than one slice along either the X, Y or Z axis.

This gives the option for an improved 3D impression of gridded data.

In the current implementation, each grid creates a separate image. 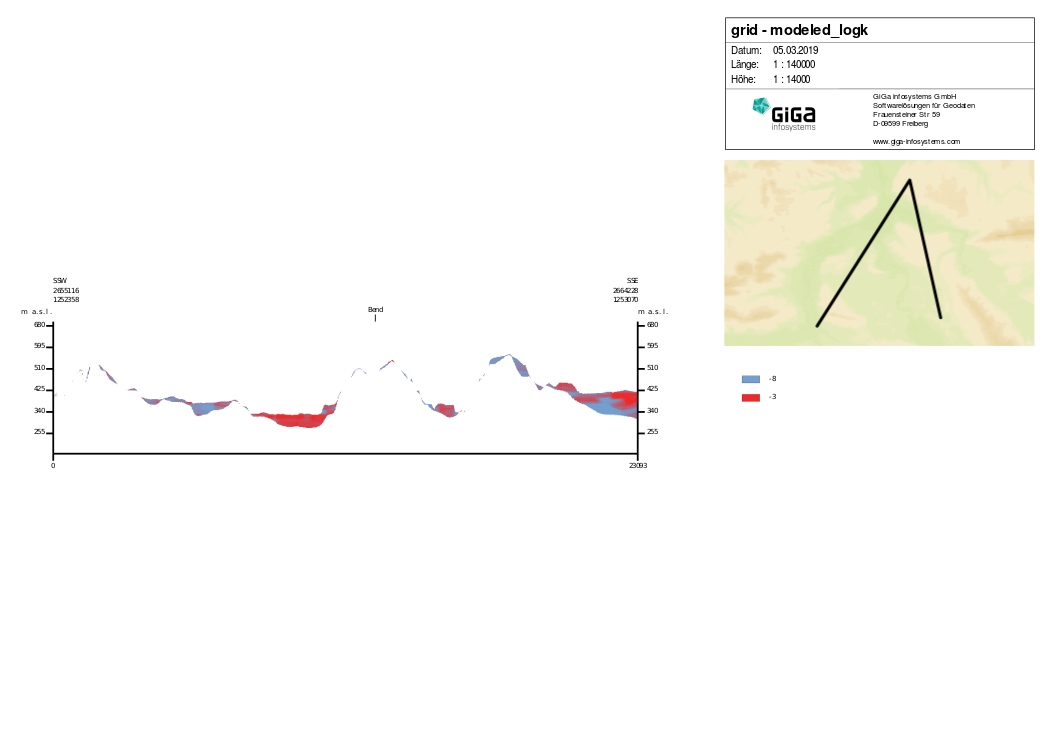 Draping of sections onto textured lines

Display your cross sections directly in 3D – even with a bend.

Combine your input data with your 3D models.

You can now read and manipulate MoMa Properties from GSTPy (GST Python API).

Please refer to our GST Python manual if you would like to see more complete examples.

You can now define a custom order of the MoMa tree nodes.

This order is stored consistently for all users and will be used in GST-Desktop and GST-Web. You can set the order in GST-Deskop by using drag and drop. This works for inserting new and reordering existing nodes.

Furthermore we removed some restrictions.

Child count for Elements in the MoMa Tree

Each Element node in the MoMa tree now shows the number of its direct children. This applies to the tree shown in GST-Web and GST-Desktop.

We added a new mode to viewlinks that stores which Model Elements are checked in the tree.

The main benefit of this mode is that later modification to that MoMa subtree (e.g. adding new features) will be picked up without having to change the viewlink.

The new File Manager has found its way into the Webadmin interface.

The File Manager allows you to manage files and sub-directories inside your client data directory on the web instance. You are able to set intersection templates and add images or documents within the Content Editor.

We plan on integrating it into other places in the future.